Legislative Elections Directly Impact Your Chance of Getting Sued!

This year, Pennsylvanians will be electing 203 members of the state House, half of the Senate (25 members) and a governor. These positions carry a tremendous responsibility. 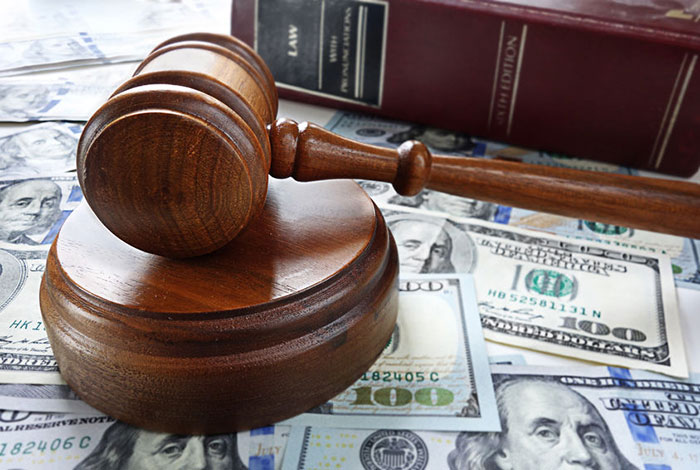 Legislators are charged with setting public policy through enacting laws which impact every Pennsylvanian, particularly in the areas of liability and civil justice. Legislative enactments impact the economy, healthcare, schools, businesses, local government, the environment and numerous other areas of policy. It is important that our legislators and governor enact laws that establish a reasonable litigation climate and reverse the impact of judicial decisions detrimental to a healthy litigation climate.

Pennsylvania’s Litigation Climate: Why Is This Important?

Many people don’t realize how much the litigation climate impacts everyday lives. The jobs we count on, the ability to create jobs, access to the healthcare we receive, and the overall health of our communities are all impacted by the laws governing civil litigation. 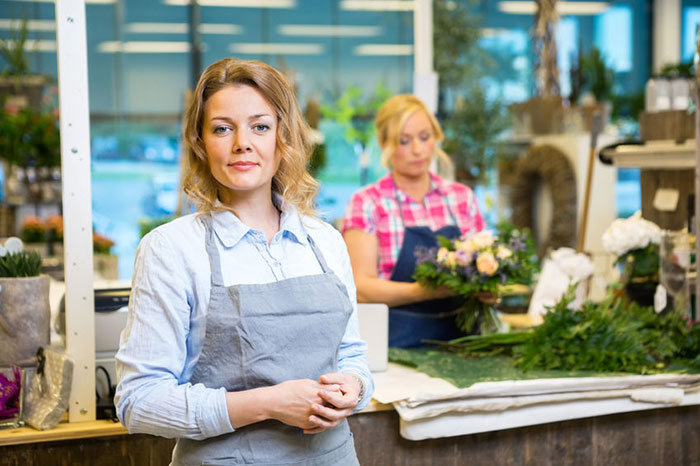 A recent survey conducted for the U.S. Chamber Institute for Legal Reform revealed that 85% of the businesses responding said that a state’s litigation environment is likely to impact where they will do business. This percentage is up from 75% in 2015 and 70% in 2012. The same survey found Pennsylvania mired at 38th in the nation for its litigation climate. The U.S. Chamber Institute for Legal Reform estimates that Pennsylvania could raise its employment rate by 1.5% if meaningful litigation reform is enacted.

As sobering as those figures are, the American Tort Reform Association (ATRA) in late 2017 declared that Philadelphia is the Number 5 Judicial Hellhole in the nation!

Small businesses – Pennsylvania’s number one job creators — are hit particularly hard by lawsuits. In 2008, small businesses across the country expended $105.4 billion on civil litigation and paid $35.6 billion of those costs out of pocket as opposed to through insurance. Medical liability costs for doctors in small groups and small medical labs cost $28 billion during the same year.

Student activities in our universities and schools have recently been curtailed due to lawsuit abuse. Three student organizations at Penn State were decertified by the school due to the alleged high risk of their activities. The Outing Club, Nittany Grotto Caving Club, and Nittany Divers Scuba Club were deemed too risky after a review by the Student Affairs and Risk Management office. Student leaders blamed this on our increasingly litigious society making it far more difficult for people to get outside without the fear of lawsuits for any misstep. One middle school in Pennsylvania cancelled future overnight class trips with the school district Superintendent calling the trip “a lawsuit waiting to happen!”

In order to restore Pennsylvania to its full economic potential, protect the availability of medical care for our families and allow students to continue to enjoy the traditional experiences of their youth, it is important that we elect legislative candidates committed to reigning in the litigation industry and ending abusive lawsuits.

What Makes a Good Legislative Candidate?

The Pennsylvania Coalition for Civil Justice Reform (PCCJR) considers several factors when reviewing the positions and qualifications of legislative candidates. Above all, our members want legislators who will enact laws that are fair, reasonable, and balanced. 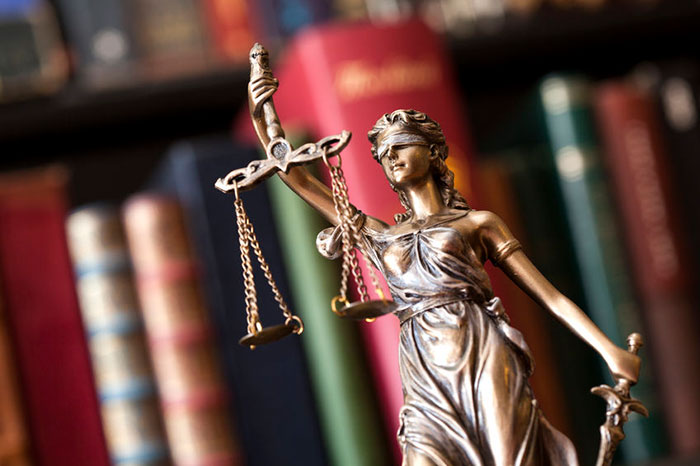 Job creators and Pennsylvania’s economy are damaged by policies that expand concepts of liability in ways that are unwarranted and lead to unexpected consequences. Laws that recognize the need for consistency in our courts, predictability in legal outcomes and an understanding that a certain amount of risk is inherent in any human activity will set the right climate for job growth, opportunity, and preservation of medical care. Legislative candidates should support laws that encourage restraint to prevent run-a-way liability costs and will bring about the stability needed to protect job opportunities and access to healthcare. We believe a candidate who values common sense and personal responsibility will make a good legislator. 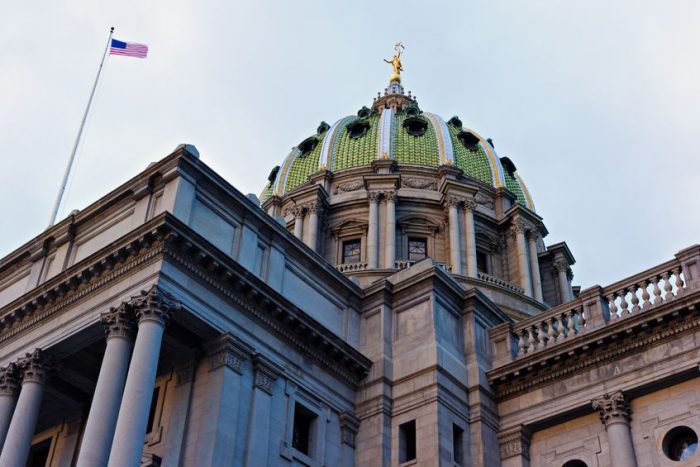 The PCCJR sent candidate questionnaires to all candidates running for Governor, and the open seats for House and Senate. Those who responded, and the links to their responses are found below.

The PCCJR posed the following ten questions to the candidates:

The PCCJR posed the following ten questions to candidates running for House and Senate in open seats:

Will you support and vote for legislation known as Transparency in Private Attorney Contracting (TIPAC), such as is found in HB 502? TIPAC imposes limits on contingency fees to outside counsel representing the Commonwealth. This allows the Commonwealth to maintain control of the litigation and ensures that the taxpayer will receive more of the benefit of the litigation, as opposed to the lawyers trying the case.

Will you support and vote for “Asbestos Transparency“ legislation, such as that found in HB 238, requiring attorneys representing plaintiffs in an asbestos injury case to reveal to the court all bankruptcy trusts that they either have or will file claims against? This will restore fairness by allowing the court to properly apportion liability among all parties responsible for an asbestos exposure.

HB 258 requires that personal injury suits be brought within 15 years of the date of delivery of a product, or the date of completion of a part added to the product, unless the injury does not appear within the 15-year period. Will you support and vote for legislation such as HB 258 to create a Statute of Repose for products in Pennsylvania?

Do you support passage of a state False Claims Act in Pennsylvania?

The pro civil litigation reform position is “No”

Will you support efforts to limit the amount of money a defendant must post in order to appeal an unjust or incorrect verdict?

Do you support legislation to raise the minimum amount of damages, also called statutory damages, for suits brought under Pennsylvania’s Unfair Trade Practices/Consumer Protection Law from the current $100 to $500 as found in HB 475?

The pro civil litigation reform answer is “No”

Will you support and vote for legislation that will prevent out-of-state consumers from suing in state companies for causes of action or transactions that occurred out of state?

Follow the links below to see how the candidates responded: 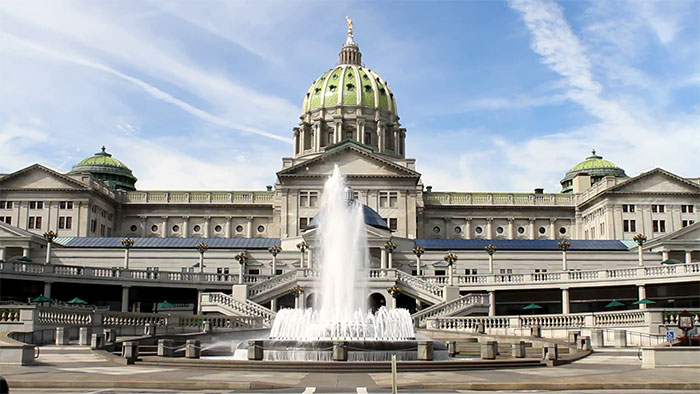 Please click on the button below to see how Senators voted on legislation identified by the PCCJR as important to the advancement of civil justice reform in Pennsylvania. 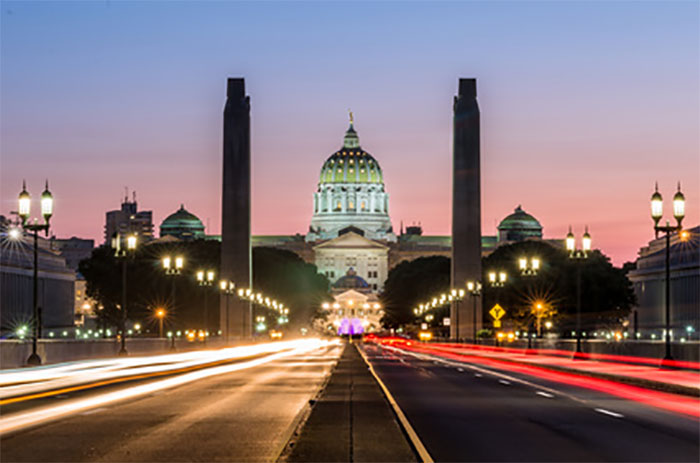 The PCCJR identified several key votes of the 2017-18 legislative session to be of crucial importance to our members and the advancement of civil justice reform in Pennsylvania. This guide and matrix explains these votes and tracks how the members voted.