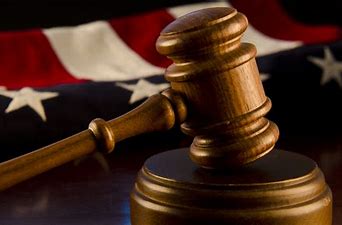 This year Pennsylvania voters will be asked to select a new PA Supreme Court Justice, a Superior Court judge and two Commonwealth Court judges. The petition process is now complete, and we know who has thrown their hat in the ring at least through the May 2021 Primary.
In the Supreme Court race, Democrats have cleared the field for current Superior Court Judge Maria C. McLaughlin as their nominee for the PA Supreme Court. On the GOP-side, current President Judge of the Commonwealth Court, Kevin Brobsonis the endorsed Republican candidate. Philadelphia Court of Common Pleas Judge Paula Patrick and Commonwealth Court Judge Patricia McCullough (no website) are also on the ballot for the Republican nomination.
For Superior Court, one position has attracted the attention of three Democrat candidates including Jill Beck, currently a civil litigator at Blank Rome; Philadelphia County Court of Common Pleas Judge Timika Lane and attorney Bryan Neftwho points to 15 years in leadership at the Allegheny County Bar Association. Megan Sullivan is the sole Republican, who has over 12 years’ experience as a prosecutor in both the Attorney General’s office and in a district attorneys office.
There are two positions open on the Commonwealth Court. The Democrats have four candidates running, while the Republicans cleared the field for its two endorsed candidates.
On the Democratic side, candidate Lori A. Dumas is a judge of the Philadelphia County Court of Common Pleas. Amanda Green-Hawkins is assistant general counsel for the United Steel Workers and served two terms on the Allegheny County Council. Allegheny County Court of Common Pleas Judge David Spurgeon is also running, as well as Sierra Thomas Street, a judge of the Philadelphia County Court of Common Pleas.
Republicans will see on their ballot current Commonwealth Court Judge Drew Crompton (no website) and Bradford County attorney and small business owner Stacy Wallace. Prior to being appointed judge in January 2020 to fill the vacancy of retired Judge Robin Simpson, Crompton served as General Counsel to President Pro Tempore Joe Scarnati. Wallace is currently the President of the Bradford County Bar Association.
PCCJR will be watching these races very closely. Look for our candidate election guide and their responses to our questionnaire.