Download Now
Former Pennsylvania Governor Richard “Dick” Thornburgh, referred to as a “Legal and Public Service Giant,” has passed away at the age of 88. Thornburgh was elected Governor in 1978 and served for two terms. He later served the nation as Attorney General of the United States from 1988-1991. In 1994, he returned to his previous position as a partner at the K&L Gates law firm in Pittsburgh where he remained for another 25 years.
Dick Thornburgh devoted his life to the rule of law. He spoke passionately 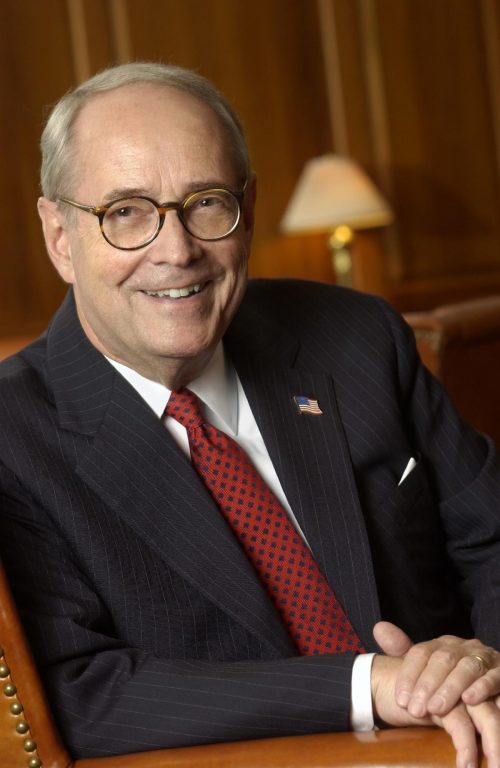 on the damage lawsuit abuse does to the economy and the rule of law. He decried the “victim syndrome” that eats away at individual responsibility that made the nation what it is.
As Governor, Thornburgh was ahead of his time in calling for the elimination of the joint and several liability doctrine. He criticized the “deep pocket” approach to litigation and believed a defendant should only be held liable for its proportionate share of any judgment. The reform sought by Dick Thornburgh was finally signed into law in Pennsylvania by Governor Tom Corbett as the Fair Share Act in 2011. In addition, Thornburgh called for reforms to punitive damages, class actions, and expert evidence in trials.
During his time as Governor, Dick Thornburgh signed legislation providing a degree of immunity from civil lawsuits for volunteers in youth sports programs, fire and ambulance companies, hospitals, churches, and other entities.
Governor Thornburgh served the Commonwealth and the nation with honor and distinction. He might best be remembered for his steady hand, calm demeanor, and his determination to get straight answers during the Three Mile Island nuclear reactor crisis in 1979.
We need more like him to step into public service today.