By Curt Schroder via PennLive 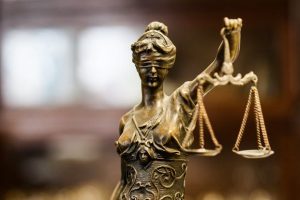 Remember when President Bill Clinton declared: “The era of big government is over!”?

Well, a recent article in the Wall Street Journal declaring “The Era of Tort Lawsuits Is Waning”caused quite a splash earlier this summer.

However, like President Clinton’s declaration, this one does not stand up to closer scrutiny in Pennsylvania.

The Wall Street Journal breathlessly reported that fewer than 2 in 1,000 people filed tort lawsuits in 2015 according to data available from the National Center for State Courts (NCSC).

The Journal examined the data and found that this number is down sharply from 1993 when 10 in 1,000 Americans filed tort lawsuits.

Tort lawsuits, (such as personal injury, auto accidents, product injury, etc…), are now accounting for less than 5% of all civil filings in state courts, down from 16 percent in 1993.  Citing a “nationwide ebb in lawsuits” the article mentioned several factors such as state restrictions on litigation, the increased cost of bringing suits, improved auto safety, among other things, contributing to this nationwide decline.

Some disputed these figures.  Lisa Rickard, President of the U.S. Chamber Institute for Legal Reform, cited an increase in single lawsuits bundled with multiple plaintiffs as a factor in this decline.

Noted civil litigation expert Mark Behrens of the law firm Shook, Hardy & Bacon, raised questions with the methodology used in the article.  However, we do not need to resolve questions of methodology to conclude that Pennsylvania remains well above these national figures.   Indeed, the era of big litigation is alive and well in Pennsylvania.

According to the very data used in the Wall Street Journal article from the National Center for State Courts, going back to 2012, Pennsylvania is continually higher than the national statistics cited.  A review of the Pennsylvania specific data for the four years from 2012 thru 2015 shows that tort cases per every 1,000 Pennsylvanians averaged 2.74 or 274 tort cases filed for every 100,000 residents.

Also, higher than the national average is the fact that tort cases represented 7.9% of the Pennsylvania civil caseload in 2015.

Data for 2012 thru 2014 shows tort cases representing the civil caseload anywhere between 7.2 percent to 7.6 percent and then increasing even more in 2015 to 7.9 percent.

This data shows a distinctly different trend in Pennsylvania than demonstrated in the nationwide numbers and in the Journal’s article.

What can Pennsylvania do to reverse these trends and bring relief to our innovators, job creators and health care providers while lessening the economic drag of the litigation machine?

Shifting from litigation to mediation is one idea mentioned in the Wall Street Journal article.

As legal costs rise, both plaintiff and defense lawyers have incentive to alternatively resolve disputes. Sensible limits on the amount of recovery have led to decreases in lawsuits and lawsuit abuse in other states.

A recent U.S. Supreme Court decision limiting state court jurisdiction will hopefully prevent out of state litigation tourists from flocking to high verdict venues like Philadelphia to file their cases.

The Pennsylvania Supreme Court should enact new rules of venue that limit cases to the location of where an alleged injury occurred.  This will also keep cases out of high verdict jurisdictions that don’t belong there.

Until these changes occur, Pennsylvanians will continue to endure the era of big litigation and continue to see a drag on our economy because of it.

A former Republican House member from Chester County, Curt Schroder is the executive director of the Pennsylvania Coalition for Civil Justice Reform.