Harkening back to the 1990s when states sued the big tobacco companies to offset medical expenses incurred treating tobacco related illnesses, two legislative resolutions are currently in play urging the governor and Attorney General to sue pharmaceutical companies over opioid addiction.  HR 363 and a yet to be introduced companion resolution in the Senate have not passed yet, but recently, Attorney General Josh Shapiro announced he would start looking into such a suit. 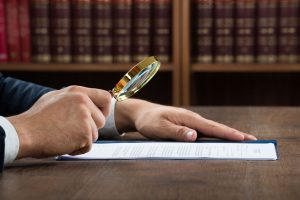 suing pharmaceutical companies has become in vogue among states and even individual counties, the legal gesture doesn’t make it the right move against opioid addiction.

Opioid suits are picking up steam across the country.  Eyed up as the next cash cow by contingency fee lawyers filing suits on behalf of states, reasonable minds will determine there are significant differences between the opioid issue and the tobacco suits that were successful in the 1990s.

Opioids, unlike cigarettes at the time of tobacco suits, are regulated by the Food and Drug Administration.  The agency approval for these products will no doubt be presented to juries as evidence of their safety and effectiveness.  In addition, these drugs come with warnings and warning labels that inform the consumer of risks associated with the drug.  Cigarettes did not contain warnings during the early days of cigarette packaging and marketing.

Initial belief that opioids were not addictive dates back to the letter published in the New England Journal of Medicine in 1980.  This letter, from the Boston Collaborative Drug Surveillance Program at Boston University Medical Center, stated: “We conclude that despite widespread use of narcotic drugs in hospitals, the development of addiction is rare in medical patients with no history of addiction.” This letter, appearing in an authoritative medical journal,  was relied upon by the medical community as evidence of the low risk of addiction from these painkillers.  Yet, contingency fee lawyers will attempt to shift blame to the deep pocketed pharmaceutical community hoping for a big score.

Instead of looking at these facts, the House resolution (HR 363) charges without attribution, that drug companies in Pennsylvania have engaged in deceptive and unfair marketing campaigns, used misleading scientific data to convince physicians to prescribe opioids, used illegal kickbacks and set sales quotas for these drugs.  Senator Jay Costa, who is planning on introducing a companion Senate Resolution, recently took his shot at the industry during a monthly Press Club lunch saying the industry’s advertising tactics toward doctors and patients were “in large part” to blame for the opioid crisis.

A historical perspective, however, demands reading between the lines.  In the tobacco settlement, states were supposed to use the windfall funding as compensation for the medical costs of treating illnesses caused by smoking.  Instead, much of the money went to other uses well beyond the scope of its original intent.

Pennsylvania, for example, used its tobacco settlement funding for smoking cessation programs, providing insurance to uninsured adults, health research, home and community care for seniors, tobacco prevention and cessation, hospital charity care, prescription drugs for the elderly and future health care programming. And then, as the state often does with accounts that accumulate cash, Pennsylvania even took some of the tobacco money to balance its budget!

Given Pennsylvania’s current challenging budget deficit and a legislature averse to raising revenue through additional taxes, any funding received from litigation against drug manufacturers will be a very tempting target to grab for budget balancing.  And once the legislature gets ahold of a funding windfall, it will again be used to fund various favored projects with little or no connection to fighting opioid addiction.  In the meantime, the contingency fee brigade will ride off with thirty percent of the proceeds leaving behind economic damage to our pharma industry and fewer dollars to fight opioid addiction.

Written by Curt Schroder, Executive Director of PCCJR, a coalition dedicated to bringing fairness to Pennsylvania’s courts by elevating awareness of civil justice issues and advocating for legal reform in the legislature  More information at www.paforciviljusticereform.com